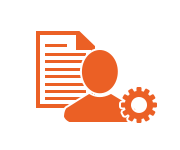 Throttling Policy is a command used for managing workload in Exchange Environment and is available in on-premises Exchange Server 2016. Before we run the commands, we need to assign permissions and throttling policy settings are stored in active directory. It is aimed to restrict the usage of resources by individual users in Exchange environment consumed using an identity. The assigned number for the parameter defined in throttling policy can be used and if it exceeds, it will generate an error message.

As the name of the command suggests, it is used to link a throttling policy with a specific object. The object can be a user with/without a mailbox, a computer account or a contact.

This command sets the quota limits for particular specific objects. If a user or any other object is utilizing excessive bandwidth, that object can be associated or linked with a throttling policy that can restrict the usage.

Example:
The below example has used Solivia as Identity and IT Team as the name of Throttling Policy.
Set-ThrottlingPolicyAssociation -Identity Solivia -ThrottlingPolicy IT Team
Parameters used in the command:

Parameters used in the remove command are almost same. However, Identity Parameter is used to define the throttling policy that needs to be removed. We can remove the throttling policy using the name that matches with the one present in Active Directory. Other parameters such as Confirm, DomainController and WhatIf will work in the same manner. Force parameter is an optional parameter for defining whether to suppress warning or confirmation messages.

In the blog, we have discussed about the commands associated with Set & Remove Throttling Policy in Exchange 2016. These commands have been aimed to improve the performance of the Exchange environment and to ensure the resources are used proportionately. The two main commands that have been described in details are Set-ThrottlingPolicyAssociation and Remove-ThrottlingPolicy.