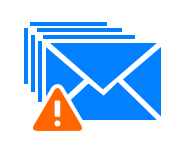 Hello guys, in this article, I am going to have a discussion about Mail.que file corrupt or large size of queue database file issue. As you might know, Mail.que is a temporary file which is being created in sending queue of Exchange server. When each mail is being sent, then it goes into the sending queue of Exchange server and then it is being delivered to the recipient mailbox. With passing the time, it has been necessary to maintain mail.que database time to time for fixing the common issues, like performance issue in the case of a large or fragmented file for removing white spaces. Nowadays, if the mail.que temporary database file is not being maintained from time to time then it may lead into the email burst situation especially in the case of large file attachments.

There are some following prerequisites, which you should have for fixing the issues as well as maintaining the mail.que file.

In this section, we will see the complete process mail.que database restoration using commands as well as EAC or EMC. For every different version of Exchange Server, we have to go with different restoration techniques.

In the case of Exchange server 2013/2016, we are about to change the location of mail.que file at another location.